AABG NBD MORE POWER ( ennoblement pending inspection) is a buck Sandy Eggers and I purchased last year from Rena Lynch bred by Lary Duncan.   We can’t say enough about how great he has crossed with our goats.  He was ennobled off our MCR Prodigy ( ennobled) daughters and now producing Champions in the show ring.  Power is big and thick with a huge top. 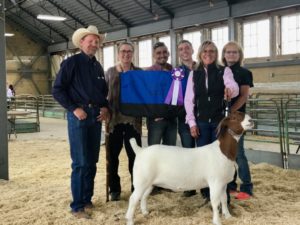 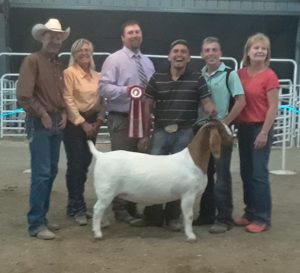 AABG NBD MORE POWER daughter I sold – look at the muscle and bone out of a this  Prodigy daughter.